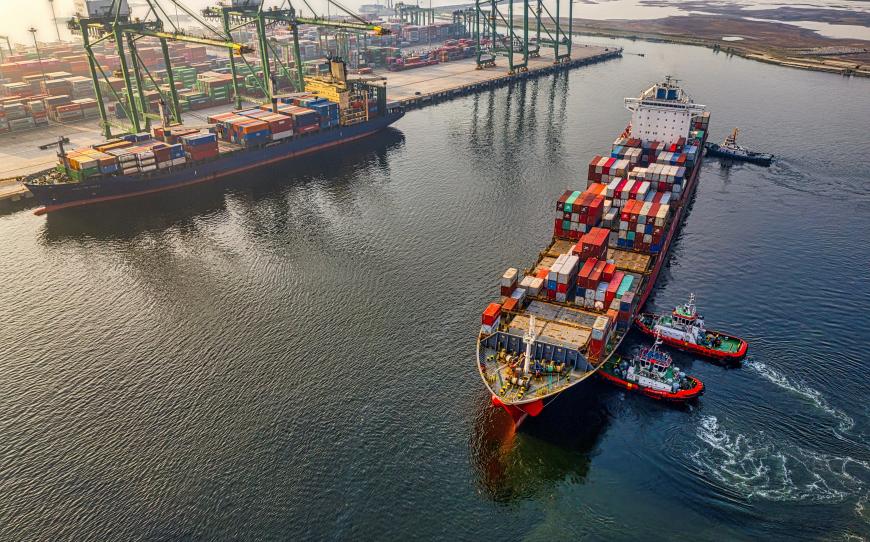 Sometimes it appears as if the era of the advancing globalization of the economy is coming to a stop. Whereas just yesterday the door was wide open (albeit mostly in one way), it happens more and more often that it is left ajar. The question rises whether the world trade is ready for recalibration. For harbors and shipping, which are the conduits of that world trade, it could have extensive consequences.

The newspapers are filled with it: with the Brexit, the United Kingdom is closing doors with the European Union, trade conflicts intervene with the world trade, sanctions restrict trade with countries such as Iran and Russia, China keeps building on the logistic and infrastructural part of its newly obtained position as a leading world economy.

There is a lot at stake for harbors and shipping. When the flows of transport falter or relocate due to geopolitical tensions, the lifting of new trade barriers, or eruption of trade conflicts, they will be the first to be hit. A crisis is around the corner, but new chances are also emerging.

The 24th Maritime Symposium of the Maritime Institute of the University of Ghent will look into this theme. With a new, half-day formula, six speakers will highlight the new challenges which are confronting the maritime world.